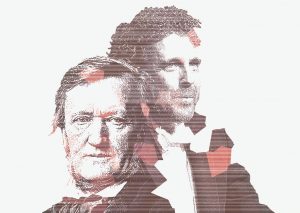 Everything that was written after Wagner’s great opera Tristan was, in some way, influenced by it. Leonard Bernstein called Tristan “the central work of all music history”, and the Prelude and Liebestod contains some of the most achingly beautiful music ever composed.

Following arias from Die Walküre and Die Meistersinger sung by acclaimed Australian bass-baritone Shane Lowrencev, Asher Fisch explores Wagner’s musical legacy through the spacious grandeur of Bruckner’s Seventh Symphony (his memorial monument to Wagner) and the overture from Chabrier’s opera Gwendoline. We conclude with Richard Strauss, who drew upon Wagner’s expanded orchestral palette, added his own dash of flamboyant audacity and composed the work that made the then 25-year old a star – the virtuosic orchestral showpiece Don Juan.