A curtain of water, a single dancer fluidly rotating like a whirling dervish and the company of Taiwan’s U-Theatre subtly ascend into a melee of percussive excellence and martial art movement that is utterly compelling for audiences in this highlight of the 2018 Perth Festival program.

From cascading rain into rippling water across a tranquil pond, into an eclipse of the sun, into spiralling orbits in space and the Milky Way back to the fog of Earth, the backdrop of the production’s projections underscores the insignificance of the petty human against the wonder that is nature. The crowd’s mocking laughter speaks to the insignificance of humanity itself. The construct of human time is jettisoned into the abyss of the universe.

What we have in Beyond Time then is the marvellousness of rhythm, balance, unity: the power and harmony of a company in disciplined control of their bodies, their instruments and the meditative theatrics into which they are so deeply engaged.

The result is mesmerising.

I had been primed to expect good things from this U-Theatre company, when at a party the previous evening a friend told me that she thought Beyond Time had been amazing. It was all of that. And something more: the humility of the performers themselves, bowing to their audience at the performance’s end, thanking us for gracing them with our presence.

We actually didn’t need the English sub-titles to “explain” the occasional spoken words of Mandarin lyricism (this is abstract art – the performance itself is enough to show an audience what is going on). They were too high up at the apex of the proscenium arch for people in the stalls to read anyway.

A small niggle against the excellence of what is outstanding work and a thoroughly engaging night of multi-disciplined performance. 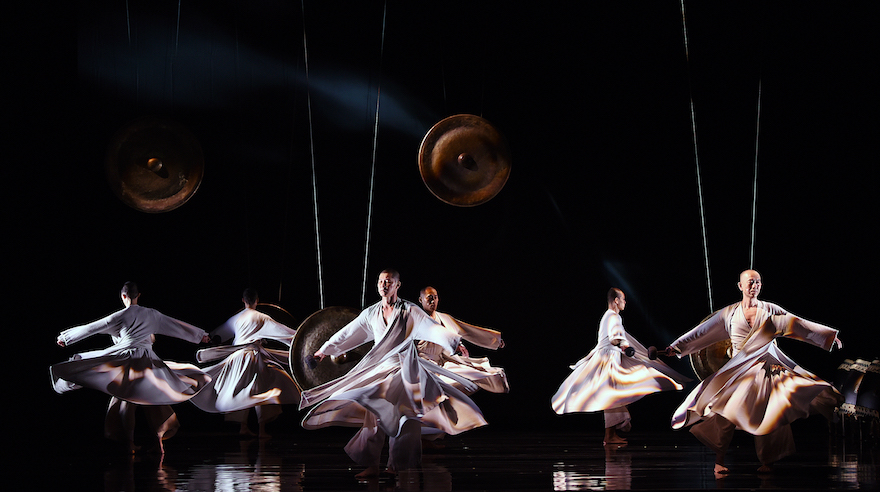