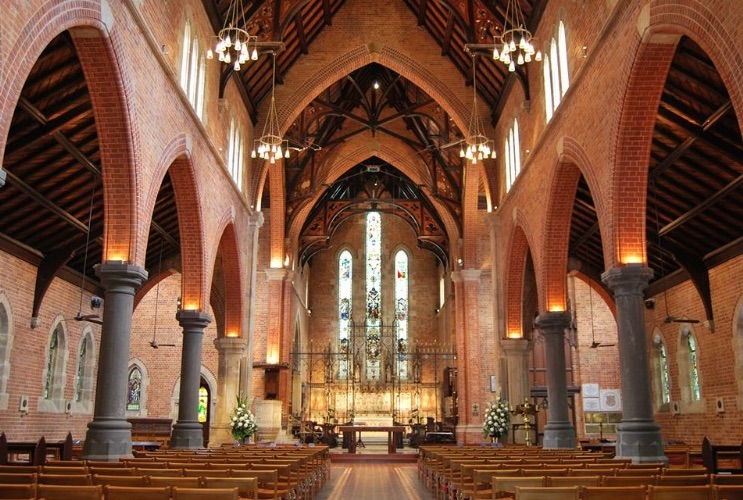 A recital such as Wednesday’s lunchtime concert, given by eight of this year’s second year voice students, is an especially challenging one.  Comprising 14 mainly art songs shared amongst eight soloists, each student had, at most, just two opportunities in which to establish mood and rapport with the audience, and perhaps no more than three minutes in which to do so.

In such circumstances one wonders whether or not it is an advantage to have to sing one of the gems from the repertoire: on the one hand the audience relaxes happily into the familiar; on the other there are comparisons that may be made with each listener’s idealised version of the work. Opening such a recital can therefore be daunting, but Alessia Pintabona was clearly equal to the task, projecting well-judged emotion in Schumann’s ineffably beautiful “Widmung”. Later in the programme, she showed similar confidence in tackling Balfe’s “I dreamt I dwelt in marble halls”, risking comparison with a bevy of divas from the past and probably bringing much pleasure to an older segment of the audience by doing so.

Brett Peat cut an apt and enjoyable vocal and physical presence for Vaughan Williams’s “Vagabond”, leaving such a strong impression that his rendition of  Schubert’s “An die Musik”, further down the programme, felt rather overwhelmed!

Sophie Bisset was another who had two chances and, especially in her second item —an unaccompanied traditional Scottish “parting song” (in the sense of “Auld Lang Syne”)— she brought just the right vocal quality to bear: beautifully done.

Alicia Taylor also had two opportunities to shine, firstly in “Sonntag” (Brahms) and then in American composer Clara Edwards’s “Into the Night”, both of which were sympathetically and sensitively delivered, the latter with a beautifully managed soft close.

Contributions from Elena Marcello, Mim Meakin, who encompassed Korngold’s considerable demands in “Was du mir bist”, and Morgan Halket, sounding authentic in Debussy and fiery in Bellini, all contributed pleasurably to the recital.

Laura Rogers presented a nicely phrased rendition of Stefano Donaudy’s “O del mio amato ben” and then concluded the recital with Morricone’s “Nella Fantasia”, given an understated simplicity of delivery that came across well in the Cathedral acoustic.

At risk of churlishness in the face of such a generous and pleasurable programme —and expertly accompanied by David Wickham— one is tempted to suggest that, if anything, there were too many good things filling the 45 minutes, leaving not a moment between items for the atmosphere of each piece to linger. But that is to carp: congratulations to every one of the contributing musicians and to the Cathedral for providing the beautiful setting.

Leon Levy‘s career was spent in commerce, but in retirement continues a lifetime’s interest in the arts generally and choral singing in particular. He enjoys occasional reviewing with its challenge of giving total focus to each performance. Leon remains attracted to playground slides under the cover of supervising his grandchildren.