Minutes after leaving the Blue Room on a high the other night, I found myself belting out “leave this patch of dirt behind”. I think I just repeated that line most of the way home. That’s the power of a musical, really: Music plus poetry equals pleasure squared.

The line sums up Once We Lived Here’s central dilemma. Should we continue to romanticise the past or face uncomfortable truths and embrace change?

Once We Lived Here is a Western – but in so many good ways.

First, it was written by WAAPA musical theatre graduates Matthew Frank and Dean Bryant, whose celebrated musical Prodigal premiered at the Blue Room in 1998 and became the first Australian musical to be performed in New York City. Second, the production is staged by Western Sky Theatre – a company formed to showcase WA-born and/or trained musical theatre creatives. Third, it’s set in a dusty landscape – although thankfully not on a Wild West ranch but an Australian farm run by a young woman.

At first the story’s premise seemed overly familiar. Sibling rivalry flares, and secrets and lies spill out when a family is brought back together by the impending death of a parent. The McPhersons’ story – decades of it – feels unique and authentic, though, as the plot thickens and we peer behind the characters’ masks. 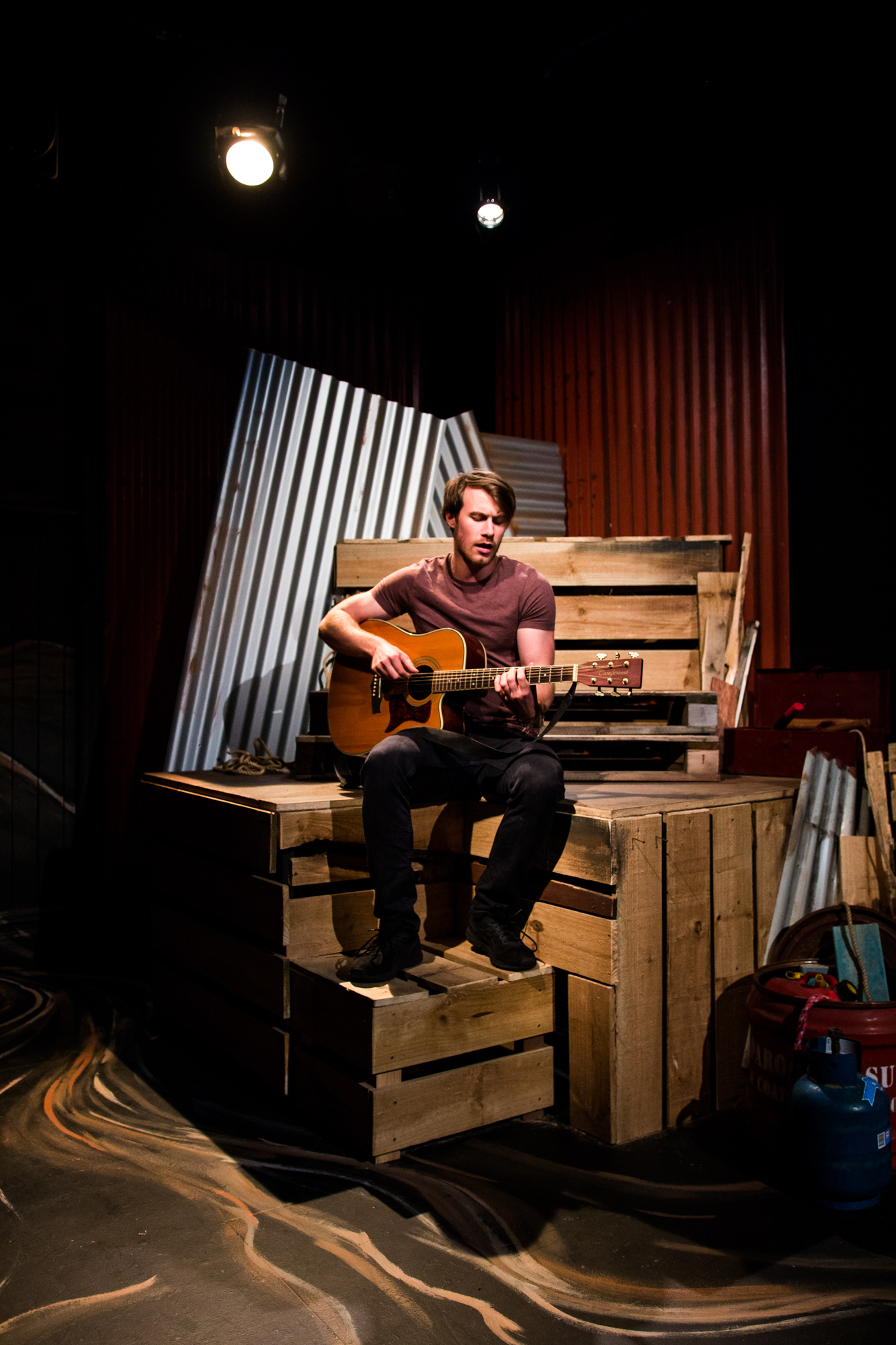 Inventiveness and versatility underpin the production at every level. The set – seemingly crafted from pallet boards and corrugated iron – captures the “Aussie ingenuity” aesthetic. And despite a small stage, action takes place between the childhood swing, mum’s thirsty garden, the homestead, the shearing shed and the shed roof. Likewise, the performers slip seamlessly from child to teen to adult and back, as the story is told in a series of flashbacks.

Amy (Taryn Ryan) is a determined but struggling farmer, who runs the property as a living monument to the father she mourns. Her younger sister Lecy (Megan Kozak) is an ambitious reality TV producer with no time for the bush. “You’re a pack of beggars with quad bikes,” she tells her sister. Their little brother Shaun (Joshua Firman) is troubled wannabe musician, drifting through life. Sharon Kiely (Frank and Bryant’s classmate) plays the family’s dying mother, Claire. Ryan Dawson, whose voice is hauntingly beautiful, plays Burke, a former farm employee who returns to see Claire and rekindle a romance with Amy.

Rural life’s harsh realities – from drought to financial strife, social isolation, bushfires, depression and grief – are tackled with honesty and sensitivity but also liberal doses of humour. And you don’t have to be from the bush to appreciate the line: “We’re related but we can’t relate.”

While poignant, the show is never mawkish and often hilarious. The scene in which the three young siblings stage an act in a community fundraiser (all jazz hands and primary school choreography) was a crowd favourite. 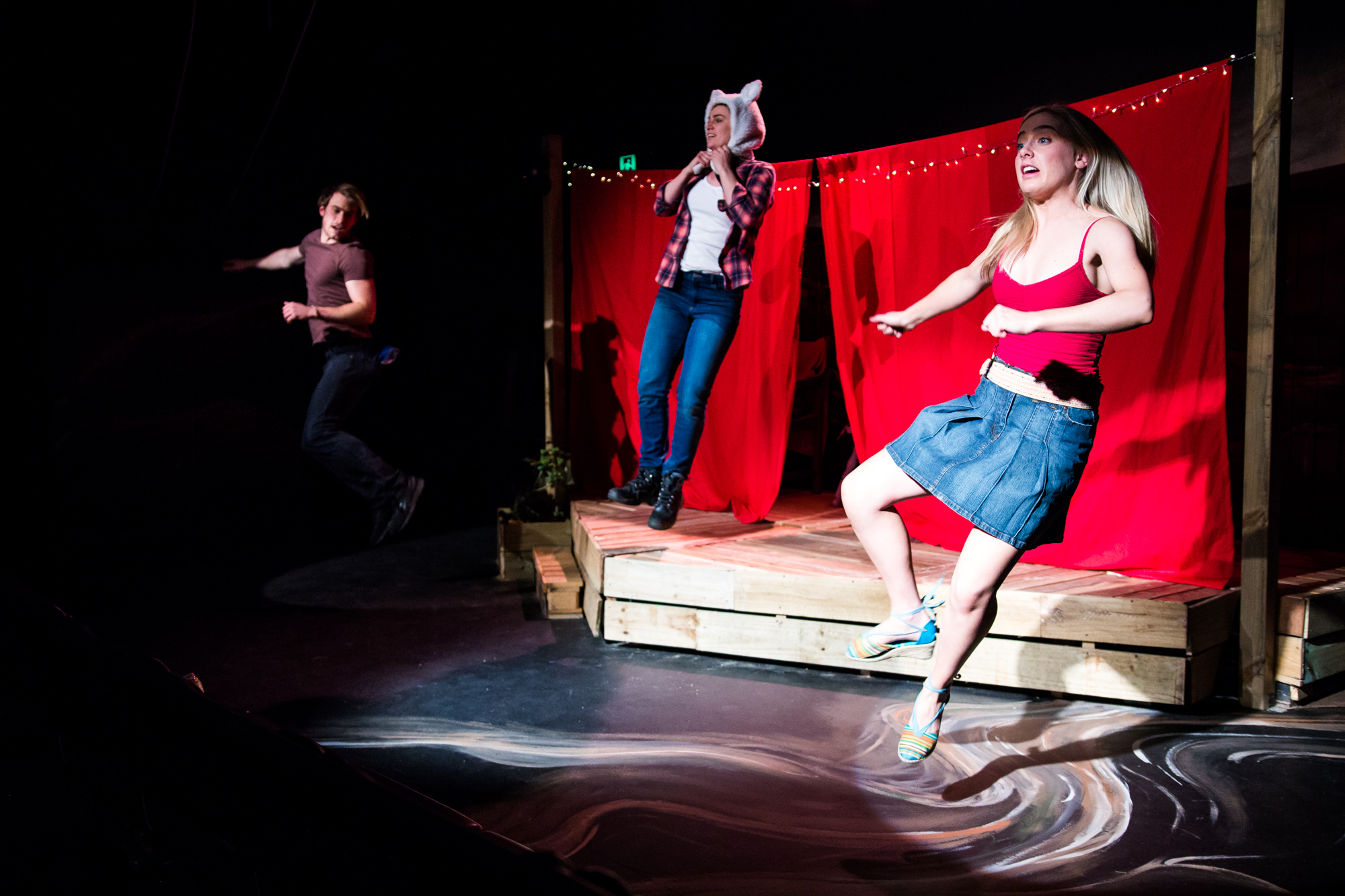 Director Andrew Baker says Australian stories, voices and accents deserve musical expression on stage. “It’s so ordinary and local and ‘day-to-day’ that we might think it’s not worthy of the grand epic traditions of ‘sing about it’,” he writes in his program notes. “But that fails to do justice to our stories, traditions and culture.” I am grateful he has taken this view and used his expertise to shape this outstanding production.

Similarly, the show’s music successfully drives the action and stirs our emotions, under the direction of musical director Josh Haines (Haines on piano, Harry Love on guitar and Luis Santos on double bass).

Once We Lived Here left me immensely proud to be Western Australian. Like many in the audience and on stage, I’ve left plenty of times for bigger, brighter cities. But something keeps pulling me back West. Being able to see world-class musical theatre at the Blue Room on a weeknight… well, it reminds me why I (still) choose to live here.

Once We Lived Here plays the Blue Room Theatre until November 4.

Xan Ashbury is a teacher who spent a decade writing for newspapers and magazines in Australia and the UK. She won the Shorelines Writing for Performance Prize in 2014-17. Her favourite piece of playground equipment is the flying fox.