As the name suggests, the Awesome International Arts Festival for Bright Young Things brings fantastic arts events for young people to Perth… from around the world. So what does it take for a show to be included in the program?

Awesome Artistic Director Jenny Simpson chose six shows from this year’s line up and explained why she selected them, and why you should check them out! 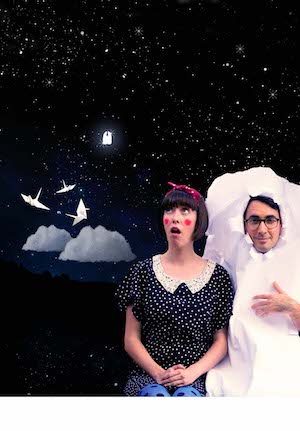 “This is a show that I’ve wanted to program for some time. It’s had really successful seasons at the Sydney Opera House and Arts Centre Melbourne, where it absolutely won over audiences. It’s about a little girl called Ruby, and she’s a disempowered little girl because she’s not very well. She forms unlikely friendship with a very odd clown doctor. Together Ruby and the clown doctor create a whole new world in Ruby’s hospital room.

“The primary message behind this show is that your imagination can set you free. A lot of time we have kids who are getting anxious about things, especially as they go into teenage-hood. One of the things at Awesome that we try to promote is having a creative pursuit or creative interest, because your imagination and creativity can set you free. That is essentially the message that underpins Ruby’s Wish. So I think that it’s not only a beautiful, enjoyable, funny, poignant and delightful show, I hope people take a message out of it that empowers them into the future.”

Four Go Wild in Wellies (ages 3-5)
“What’s not to love about this title?

“It’s absolutely ticklish, and this show is ticklish. It’s by an extraordinary dance company from Glasgow whose name is Independance. They’re called Independance because they are loudly and proudly an inclusive dance company. So they have dancers from all walks of life, who have professional careers, sometimes dancers who we would not expect to have a professional career as a dancer.

“Four Go Wild in Wellies is for younger audiences. As I said, it’s ticklish and fun, and it’s actually very short in duration, so it’s great for children who have a short attention span. Perhaps what I love most about this show is that it features two incredible professional dancers who happen to have Down Syndrome. I think that’s a very powerful message, firstly to the broader community, who may not understand that people with Down Syndrome have fantastic capability and talent, and are perfectly able to have professional careers. And I can think of nothing more empowering for a child who has Down Syndrome, or their parent, than to sit in a curated international arts festival and see two performers, at the top of their game as professionals, performing, and they just happen to have Down Syndrome. So I hope that this is an empowering and informing show for our community.” 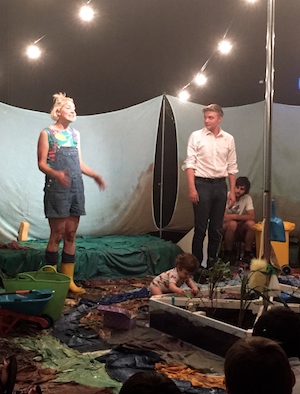 “Look, I guess my personal reason for programming this show is that I grew up on a little farm and we grew all our fruit and vegetables and our meat. We grew everything, pretty much, that we ate. So to me it’s very normal to know that our food comes from the land. I do wonder, sometimes, if that is the case for most children… and I doubt that it is. So McNirt Hates Dirt is a delightful little tale about a character who thinks dirt is horrible. He meets Gertie who loves dirt because dirt gives life to plants and flowers.

“This is a highly educational show, it’s very musical and it’s really really fun. It’s a very gentle and sweet way of teaching kids where their food comes from, and the value of things like water, soil and light.”

“Side Pony Productions premiered a work, a few years ago now, that brought the audience into the narrative and into performing a play. When the work for adults came out a few years ago, all of us were really excited and impressed with it. So, when I got wind that they were making one for children, based on the phenomenally popular series The Turners by Mick Elliott, I really wanted to have it in Awesome.

“What I like really like about The Turners and about director Zoe Pepper’s work is that she’s turning the form upside down and she’s playing with that form, in a really lovely way. The children actually perform this play, guided by audio cues on headsets. It’s interactive theatre at its best, by one of our local artists. I really like the way that it engages children and I hope that after experiencing Audioplay: The Turners, children will want to go home and make their own theatre show.”

Great Big, Dark and Spooky Book Read (ages 5 and up) 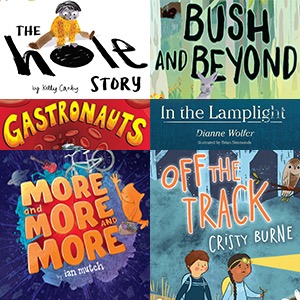 “I don’t want to give too much away about this, because it’s big, it’s dark and it’s spooky. And we all know that kids find ‘spooky’ to be one of the most exhilarating experiences. So this will be an exhilarating and fun experience.

“We’re working with Fremantle Press to launch six extraordinary West Australian books. So those books – Bush and Beyond by Cheryl Kickett-Tucker, Gastronauts by James Foley, Off the Track by Cristy Burne, The Hole Story by Kelly Canby, In the Lamplight by Dianne Wolfer and More and More and More by Ian Mutch – are fantastic books. When you buy a ticket to this, you can choose which book you want. So the cost of your ticket gets you a book. It’s great value. 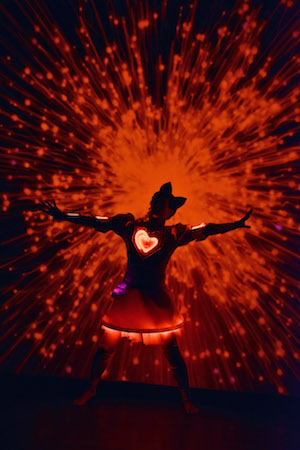 “Many years ago I was very inspired by the work of 1927, a theatre company from the UK. I’ve always wanted them to make a work for children. As it turns out they are making a work for children with Barrie Kosky, and they will be at the Perth festival this year, which is utterly brilliant. However, I’ve searched the world looking for a similar style of work and I found a company in Hungary, of all places, that creates live theatre that interacts with exquisite animation.

“Ann-Droid: The Wonderful Adventures of Robot Girl is a bit rite of passage story, it’s got a great adventure, it’s about an empowered young woman and what’s not to love about that? And it’s one of those incredibly spectacular shows where the animation and theatre will blow you away, all at once, as they respond to each other. You can expect to go ‘ooh’ and ‘aah’ quite a bit in this one.”

Check out the full program here.