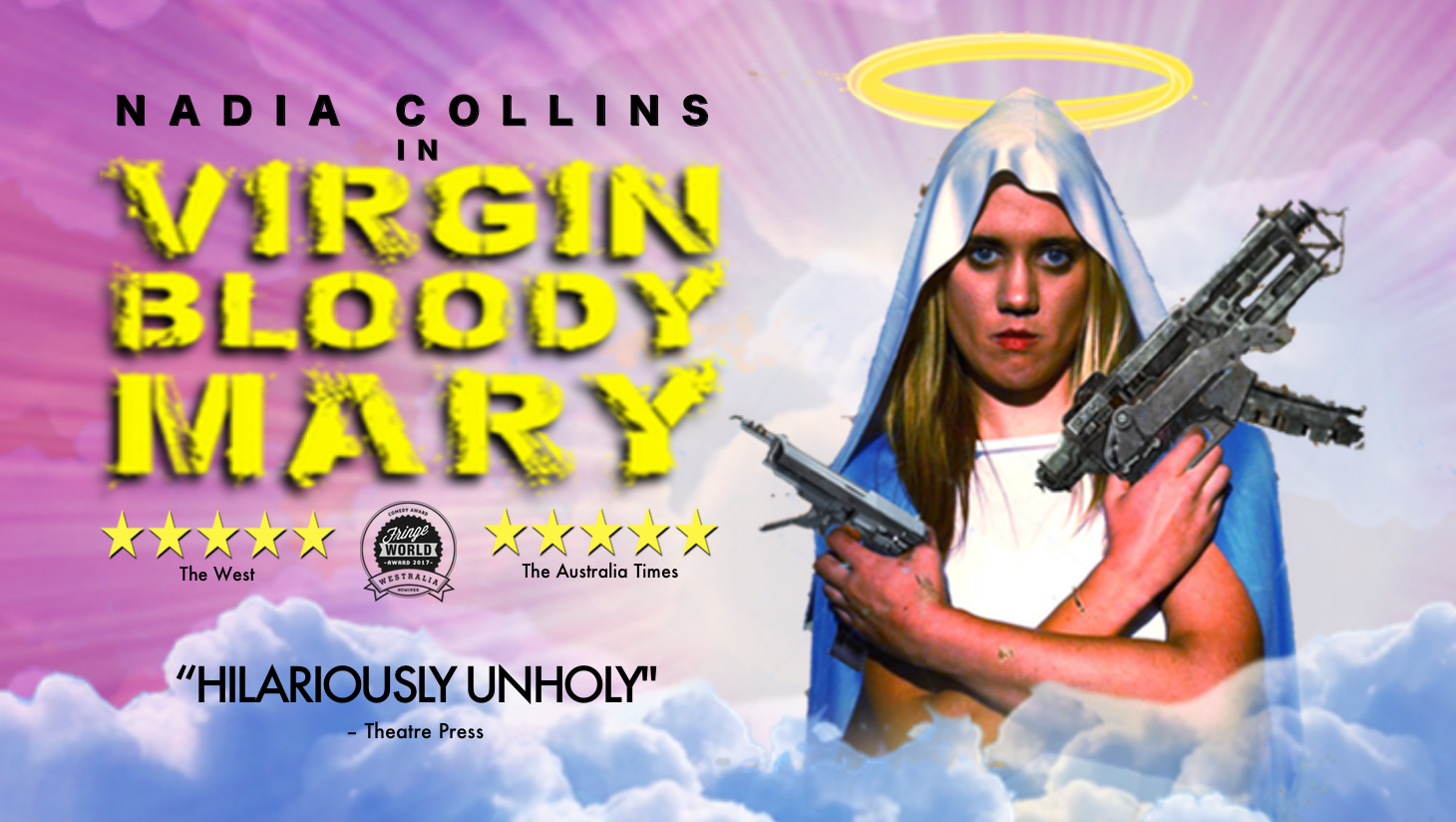 Virgin. Wife. Christ-maker. Thermo-mix party host. Now is your chance to get up-close and personal with the Virgin Mary in this critically acclaimed, award nominated clown show written and performed by the wholly irreligious Nadia Collins. It’s Mary, in her own words, without words. Nominated for Best Comedy WA 2017.

“Ferocious and fierce style of joke telling, coupled with charming sincerity… reminiscent of early Will Ferrell sketches from Saturday Night Live – light hearted but deadly serious” ★★★★★ – The West Australian
“A natural clown… Virgin Bloody Mary elicits more than enough belly laughs as Collins excels in physical comedy.” ★ ★ ★ ★ ★ — The Australia Times.
“If you see no other show this Fringe, go and pay a visit to the Virgin Bloody Mary” Weekend Notes.

“Hilariously unholy…. If Nadia Collins were a drug she’d be laughing gas. She subtly sweeps into your consciousness and takes you to hilarious places.” – Theatre Press

Nadia Collins (Perth) is an exciting, anything-can-happen comic with a background in stand up and improv. After returning from training last year at École Philippe Gauiler, she created the bold, critically acclaimed Virgin Bloody Mary, now in its fifth festival run. Besides being one half of the smash-hit Bad Egg Boys (5 stars – The West), she has a slew of film and theatre credits, and is a qualified lawyer.