The great popularity of Lynley Dodd’s Hairy Maclary picture books is such that the author says she now has to spend much of her working day attending to fan mail and business plans. With book sales in the millions and fans across the world, including amongst Britain’s Royal Family, this former art teacher and stay-at-home mum has clearly made her mark far beyond the isolated area of New Zealand where she grew up.

Apparently, though, she is still finding plenty of time to produce the charming volumes for which she is best known. Scarface Claw, Hold Tight!, released this month, is the latest in over thirty picture books that circle around “Hairy Maclary from Donaldson’s Dairy.” Though Hairy Maclary himself is indisputably the star of the series as a whole, this scruffy little terrier has always been supported by an ensemble of furry friends (and foes) and now we have the chance to get better acquainted with Scarface Claw, the so-called “toughest tom in town”.

As the subject of both Dodd’s new picture book and an accompanying exhibition at the ground floor gallery of WA’s State Library, this formidable feline has been placed firmly in the foreground. Like Lynley Dodd’s productions, the display is well-conceived and engaging, placing key artworks from the series’ many books against bright walls of blue and green. There’s an abundant supply of Hairy Maclary books laid out on the gallery lounges, as well as display cabinets detailing Dodd’s creative process. A cosy set-up, in all – and one that’s apt to bring back memories of trips to the primary-school library. The Hairy Maclary books were certainly high on the list of recommendations back then, and there’s no doubt they still are.

Returning to the tales of these adventurous and often mischievous pets as an adult, it’s Dodd’s artistic skill and story-weaving ability that stands out the most. Children are bound to be as captivated as ever by the new book Scarface Claw, Hold Tight!, where the titular tabby cat gets more than she bargained for when taking a nap atop a seemingly stationary vehicle. Seeing the book’s artworks within the context of the wider Hairy Maclary series, as well as alongside examples of Dodd’s initial planning stages, makes for an entertaining tour through the “life and times” of these much loved characters.

The Life and Times of Scarface Claw runs until 1 November. 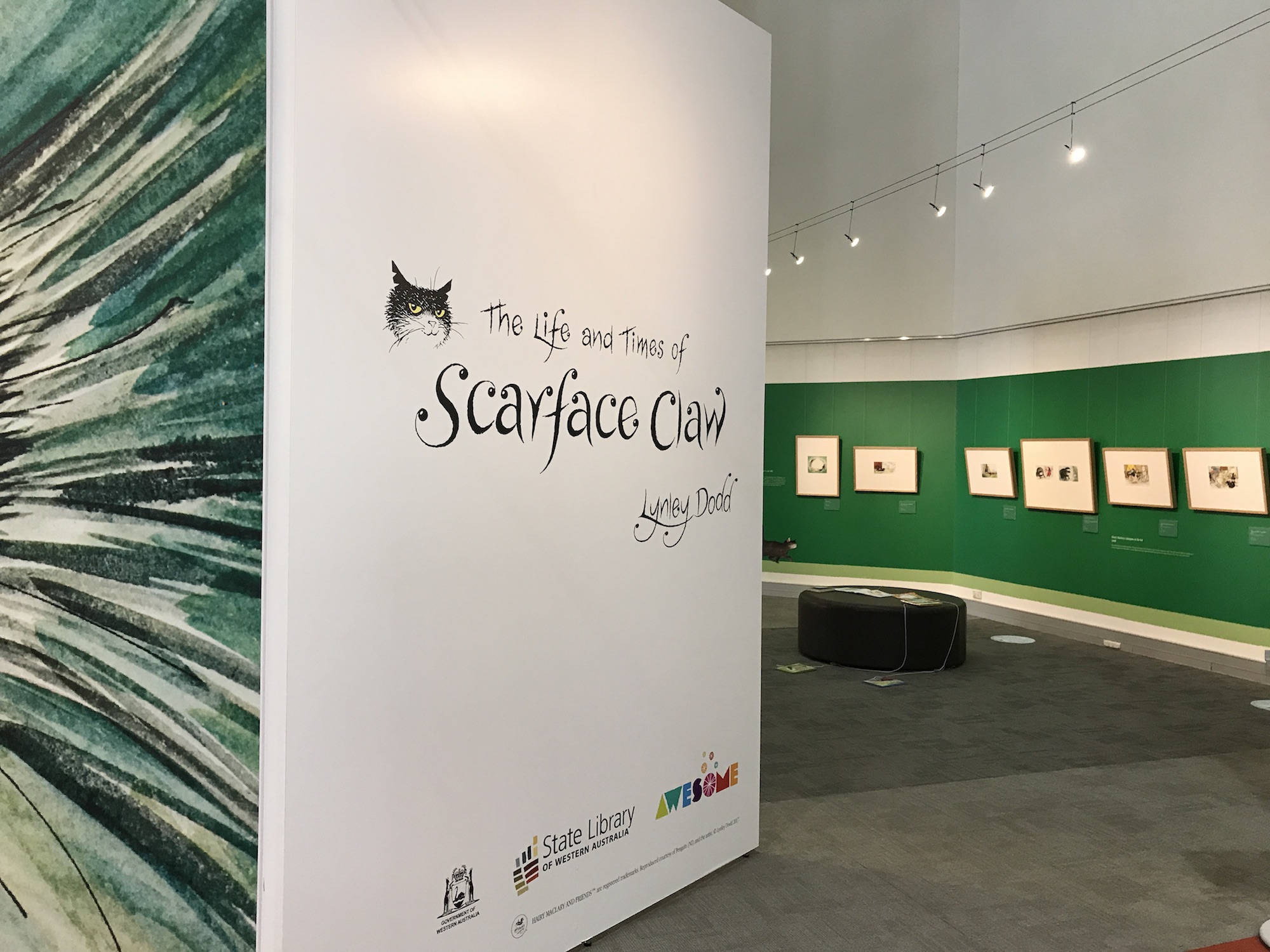