What were Seesaw writers’ favourite shows this year? What were the highlights and lowlights for the arts in WA? And which artists will our contributors be looking out for in 2019? 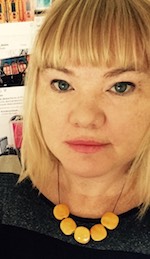 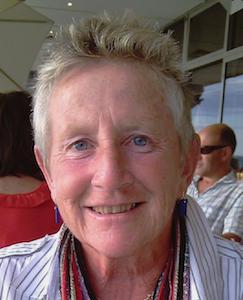 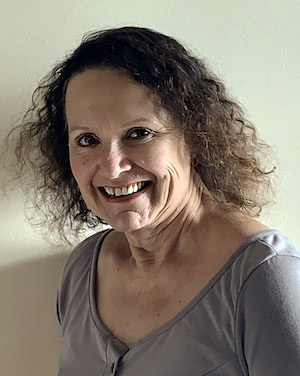 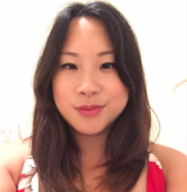 Belinda Hermawan
Top shows
Various artists, “Dark Swan – Contemporary Tales of the Gothic Antipodes”, at PS Arts Space
Amy Perejuan-Capone, “This Is How We Walk on the Moon”, at Customs House

Arts lowlight
Another year without the WA Premier’s Literary Awards 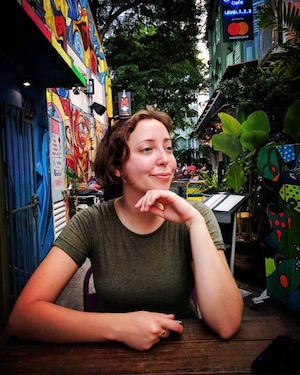 Miranda Johnson
Top Shows
“No Second Thoughts: Artemis Women’s Project” @ LWAG – a stunning inquiry into the continuing history of feminist art in WA.
The Second Woman @ PICA – If I could turn back time I would have made the effort to try to attend the whole 24 hours of this endurance piece! However, the four hours I spent watching Nat Randall and assorted men replay the same scene over and over was life-changing.
Can I say the entire Unhallowed Arts program? It was so amazing to have a festival (a monstrosity!) that encompassed institutions, ARIs (artist run initiatives), performance, experimental and visual art, and cutting-edge science and humanities research.

Arts highlight
Nationally, the (slowly…) increasing number of ARIs that are now able to offer artist fees to exhibiting artists. I hope that a Perth ARI is soon able to access funding that will allow them to pay artists on a regular basis too!

Locally, it would be hugely biased of me* to say the opening of a new ARI in Perth’s CBD… but seeing a few more spaces opening up as exhibition venues has been heartening. I’m thinking of venues such as Old Customs House and the Lobby as well as Cool Change Contemporary here!

* Miranda is a co-director of Cool Change Contemporary.

Arts lowlight
The renaming of the Fringe World Pleasure Gardens to include a certain company’s name has been a recent reminder for me of the huge amounts of money that oil and gas companies give to the arts, and how they use the arts to appear “progressive” whilst contributing hugely towards climate change, making no effort to reduce emissions and paying very little tax. Of course it’s not news that this happens and that all our arts institutions rely on this source of funding in lieu of adequate governmental funding, but it’s been increasingly on my mind, and something that I think will require a reckoning amongst us artists and arts professionals – we are all implicated. 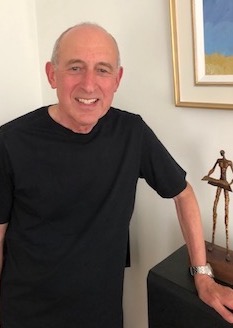 Leon Levy
Another year of frequent absences from Perth has meant missing some significant productions and performances. Some of these – had I seen and heard them – would most certainly have jostled for inclusion in a “top 3” which was, in any case, challenging enough to achieve.

Arts highlight
“Don’t Stop the Music” (ABC TV), for the moving depiction of the transformative impact of the introduction of music teaching at primary school level, and for the possibility that it will prove to be a catalyst for widespread adoption of music in the school curriculum. Such a development would also be an apt tribute and memorial to Richard Gill whose untimely demise was a grievous blow to music-education and to the nation… the “arts lowlight” of the year, if this loss can be thus characterised.

Since I’m only allowed to nominate three events, I’ll have to keep as a secret the fact that I’m also looking forward to Wot? No Fish!!, with Danny Braverman (Perth Festival), and can barely contain my excited anticipation of the glorious Elgar Violin Concerto, to be played by Nikolaj Znaider with WASO under Asher Fisch. 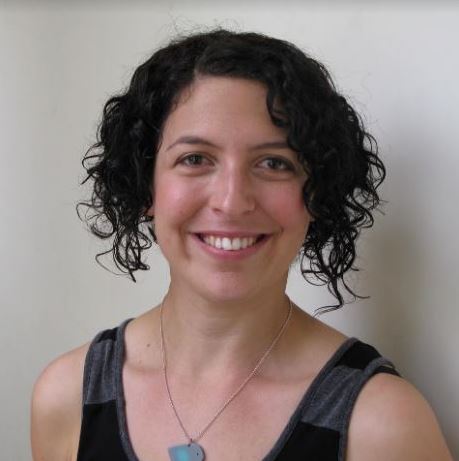 Attractor by Gideon Obarzanek, Lucy Guerin, Dancenorth and Senyawa’s , presented as part of Perth Festival. Oh the Dancenorth dancers. Sigh.
Huff by Cliff Cardinal, presented by Yirra Yaakin and Cliff Cardinal. Utterly compelling.
You Do Ewe by Unkempt Dance, performed by Co3 Australia as part of “The WA Dance Makers Project”. Ok, I didn’t actually see this work in the theatre because I was interstate for the season, but the studio show won me over with its highly relatable humour.

Arts highlight
As I said at the time, the realisation, earlier this year, that we only have one more festival under Wendy Martin sent me into a period of premature mourning. At the risk of sounding unoriginal (because I’ve edited this piece and know how many other people have said the same), the appointment of Iain Graindage as the next Perth Festival director made my heart lift.

Arts lowlight
The passing of the wonderful Richard Gill at age 76, conductor and music educator extraordinaire – such a loss to our community.

At a more personal level, I am also deeply saddened by the recent passing of my friend and mentor Lesley Goodman, a visual arts educator, who worked at the Art Gallery of WA for many years. For a short time I had the privilege of working with Lesley at AGWA, as her education assistant, and learned so much from her about how to talk to young people about visual arts.

Jonathan W. Marshall
Top shows
2018 was an especially good year for dance, beginning with Vessel in the Perth Festival: a piece in which the dancers hunched forward so as to become faceless, moving sculptures.
Marrugeku’s trilogy of solos Burrbgaja Yalirra (Dancing Forwards) was also superb, featuring Eric Avery’s tremendous “burlesque” (or disrespectful re-enacting) of colonial tropes, performed while dressed in an animal hide tail coat, and using a violin and a microphone stand in ways which would feature well in a punk band.
Although there were strong musical showings from both Greywing Ensemble and Decibel (notably the latter’s wonderful Revolution), for sheer digital joy, Robin Fox’s lesson in live avant-techno was hard to go past.

Arts highlight
2018 saw the first program at Black Swan Theatre actually devised by still relatively new artistic director Clare Watson (who had until now overseen much of the work programmed by her predecessor). While Xenides and Skylab were disappointing, it was still a bold selection of works, and the bleak queer/trans drama Hir was a stand-out.

Arts lowlights
Robert Lepage’s approach of taking significant cultural events, conflicts and exchanges and turning them into feel-good theatre about families continues to be massively over-rated (Far Side of the Moon, Perth Festival), while Fringe seem to be digging in their heels in their misguided belief that the more massive and completely uncurated the Fringe festival is, the better — even though this means that artists end up competing with each other for audiences and the program booklet is completely impossible to navigate. At least the Blue Room are curating their Fringe program; always worth looking out for!

Looking forward to…
WA’s gift to new music, the organisation Tura, turns 32 next year, kicking things off with Cat Hope’s bass and extended-vocal-technique opera Speechless (Perth Festival 2019), while our fabulously inventive MoveMe dance festival is almost certain to be back next year.

Meanwhile PICA continues to bring us some of the most exciting interdisciplinary performance, with new works from Aphids (who’s fabulously rag tag Howl featured at PICA in 2018) and Last Great Hunt already programmed.

Also worth looking out for is a new adaptation of Medea from Black Swan Theatre, who are also hosting Nakkiah Lui’s Black Is the New White, which made waves in Sydney in 2017. 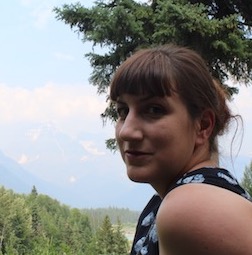 Claire Trolio
Top shows
Not only was Dizzee Rascal (for Perth Festival) my gig of the year – his show was one of the best live music experiences of my life so far.
Let Me Finish was a powerful, hilarious and emotive feminist work that showed at The Blue Room. If you missed it, it’s coming back for Fringe next year so get tickets!

Arts highlight
The appointment of Iain Grandage as Perth Festival artistic director for 2020-2023. Whilst I’m still sad that Wendy Martin’s time at the helm is coming to an end, I’m excited to see what direction Grandage will take! 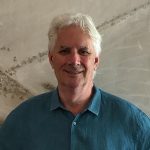 David Zampatti
Top shows
Folias Antiguas & Criolas: “From the Ancient World to the New World”, Jordi Savall with Hesperion XXI and Tembembe Ensamble Continuo: It is impossible to imagine a more exciting or exquisitely performed concert than this.  It was thrilling to listen to, and wonderful to watch.
The Tale of Tales, Clare Testoni: A small, brilliant gem of storytelling, and a breakout achievement for its deviser and performer, Clare Testoni. Her images have a magical three-dimensionality, and move with an almost cinematic quality. It’s an honest show, and a heartfelt one.
What Doesn’t Kill You (Blah Blah) Stronger by Tyler Jacob Jones and Robert Woods: Tyler Jacob Jones, as a writer of script and lyrics, and as a comic actor and singer, is the most prodigious talent in this town. His long-standing partnership with the composer Robert Woods and the versatile performer and director Erin Hutchinson has honed their skills to starry heights.

Arts highlight
The appointment of Iain Grandage as Perth Festival Director for the next four years. We’ve got much to thank our recent directors for, but Iain brings his virtuosity as composer and musician, and makes history as the first born and raised West Australian to fill the position. Exciting times ahead!

Arts lowlight
Obviously I can be accused of self-pity here, but the retreat of The West Australian from coverage of the arts is both a symptom of a much wider malaise and a cause for particular concern. Still, change is good. Platforms like Seesaw have the capacity to fill the void and energise and grow the audience.

Looking forward to…
It’s hard to look past the festivals right now:
Gatz: After the overwhelming experience of The Gabriels, who wouldn’t be looking forwad to another 8+ hour (with breaks for libations) American marathon.
Icarus: Christopher Samuel Carroll’s Paradise Lost was one of the marvels of the ’17 Fringe. This time he’s taking to ancient skies.
Our Town: I’m not sure that “looking forward” is exactly what I’m doing to Clare Watson’s take on Thornton Wilder’s classic American novel performed by a cast of professionals and “everyday Perth Citizens”. Including me…

Pictured top are Andrew Searle and Zoe Wozniak in “You do Ewe” by Unkempt Dance, performed by Co3 Australia. Photo: Stefan Gosatti.