If you’ve been browsing the 2021 Perth Festival program you may have noticed an ensemble that keeps popping up in multiple guises. Ara Jansen investigates whether the West Australian Symphony Orchestra is the hardest working band this summer as they support local talent across four quite different events.

The West Australian Symphony Orchestra (WASO) will open the Perth Festival on February 5 with much-loved local son Tim Minchin for his Apart/Together album premiere, plus perform a collaboration with the Western Australian Youth Orchestra (WAYO) and Noongar singers for “Dreams of Place”. It will be an epic week involving nine rehearsals and four performances split across three different venues. Later in February the orchestra will perform with Rachael Dease and Voyces choir in “Hymns for End Times” and take part in the popular “Opera in the Park” with WA Opera.

For WASO’s Evan Kennea, executive manager of artistic planning, just being able to have an orchestra’s worth of people on stage together for the Festival was always going to be a big deal in the wake of the past 12 months. It was also a case of recalibrating thinking, because there would be no international soloists. In keeping with the wider Festival theme of mining local talent, the shows this season offer WASO an exciting and varied repertoire of new and familiar works.

“WASO is a great orchestra and works really hard,” Kennea says. “They are great in so many different styles and contexts and prepare fantastically for each project.

“Working with someone like Tim Minchin is a very welcome gig to play because it’s always new and it’s usually going to be fun. Something like “Dreams of Place” pulls together a number of really special elements and Rachel Dease’s “Hymns for End Times” is being worked into a new format and we know it’s going to be really interesting and really special.”

New commission is in safe hands

In a Festival commission, WASO and Voyces join local musical force Rachael Dease for the world premiere of “Hymns for End Times”. Presented in association with Tura New Music, the concert brings to life an album of lullabies Dease wrote about last summer’s bushfires while she was nursing a newborn.

Dease says working with WASO is quite extraordinary.

“I was so excited and impressed at how responsive and positive they’ve been with this project, because it doesn’t really fit into a neat niche,” she says. “It really shows range, bravery and curiosity. To have performers with this kind of excellence to perform alongside, to interpret this work for and with me, it feels completely wonderful to be in such safe hands.”

Dease wrote the work solo, but now other voices are involved: singers, instrumentalists, sets and a musical director.

“All these new ideas will feed into something completely new,” she says. “This work was written in isolation, but much of it is about and for strangers, for others. So it’s perfect we get to do this. I have a feeling it’s going to be big, and new.

“For ‘Hymns for End Times’, the orchestra, myself and Voyces really are one organism, a whole ensemble. There’s not really a hierarchy or distinct characters as such. It’s a little as if we’ve all emerged from the same pit, the same underground bunker, shared the same experience. The haze has finally settled after a catastrophic event. The work touches on life’s great equalisers such as death, love, isolation, loneliness, family and belonging.”

Musically evoking a sense of place

“Dreams of Place” is a concert invoking images of place through premiere performances of work by Noongar musicians alongside classics by Sibelius, Copland and Stravinsky.

“It pulls together a number of really special elements,” Kennea explains. “We’re learning something completely different and new, working with Indigenous composers, working alongside WAYO and playing some known orchestral repertoire.”

Kennea says he is excited about how all those things will “speak to each other”, and about how “Dreams of Place” will evoke a sense of place, from our own Derbarl Yerrigan (Swan River) to the Kemijoki river in Finland through Sibelius’s Finlandia.

Della Rae Morrison, one of the Noongar musicians who has written new music for the concert, says she feels excited, terrified, honoured and blessed in equal measure.

“Although the invite to perform with WASO has brought out my insecurities, I am also creatively inspired and have so much material and creativity flowing,” Morrison says. “I am looking forward to the ‘Dreams of Place’ performance and I will face the fear and punch through it. It is going to be a wonderful experience for everyone involved and the audience will be inspired and uplifted.

“I’d like to give a big thank-you to Iain Grandage for believing in me and giving me the strength and confidence to have the belief in myself; and WASO, who are an amazing group of talented musicians to be working with. They will bring out the colours we need, from a blank canvas, to a work of art ready for display. I can’t wait!”

Kennea says the musical journey this concert takes will be powerful, especially as the old, classical work meets the new.

WAYO’s executive director Ben Burgess says the youth orchestra members are elated, if also a touch apprehensive, to have the opportunity to work so closely with mentors and musicians from WASO they have long admired. The added layer of pressure fuels the practice sessions, motivating the musicians to really internalise the music before the rehearsals so they get the most out of the experience of working side-by-side with highly accomplished professionals.

“It raises the bar in a unique way, and our members are keen to rise to the challenge,” Burgess says.

He says being involved in an event like “Dreams of Place” broadens the orchestra’s resources as each performer will have the benefit of their own one-on-one tutor. The more time the players spend in this educational incubator, the better equipped they are to pass this knowledge down to younger members, in turn enriching the whole organisation.

“Participating in an event of this size and calibre raises the profile of WAYO, supporting our status as a key organisation within the WA arts community. This in turn will enable us to broaden the scope of future undertakings, directly benefiting our existing members, expanding our reach to prospective members and affording us the resources to strengthen our contribution to the community. It’s a vital opportunity of which the flow-on effects are far-reaching – and we can’t wait to get stuck in!”

Kennea says WASO loves being part of the Festival exactly for the breadth and variety of the work it performs. Often the works are one-off performances, too, which adds to making them special.

“This year, it’s a collection of really different musical experiences. The orchestra plays a great Mahler symphony at international level and some people think that’s all we do. It’s great for audiences to see them in different contexts playing completely different types of music, playing phenomenally well and making a huge contribution to the show.”

Let’s not forget, either, the beauty and freedom of being able to come together in the same room and have a collective experience, sharing and firing a common energy.

“One of the great things about the Festival is that it seems to give people the freedom and a licence to explore more widely. I hope they do that with WASO.”

‘Tim Minchin: Apart/Together’ is at King’s Park Botanic Garden on 5 and 6 February.

‘Dreams of Place’ is at Perth Concert Hall on 5 and 7 February.

Rachel Dease and WASO perform ‘Hymns for End Times’ at His Majesty’s Theatre on 18 February.

WA Opera’s ‘Opera in the Park’ is in the Supreme Court Gardens on 26 and 27 February. 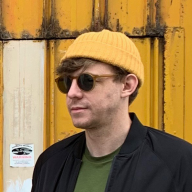 His favourite playground equipment is the flying fox.