If you ever doubt the future of jazz then check out WAYJO, writes Kristian Borring, after listening to the local jazz stars of tomorrow support multi-saxophonist Gemma Farrell.

As a newcomer to the Perth music scene, it is remarkable for me to observe what a positive influence the WA Youth Jazz Orchestra (WAYJO) has in developing young talent. There is no escaping the fundamental role that big band music has played in shaping the artform of jazz, which is why it cannot be understated how important the opportunity is for budding young jazz players to audition and receive training and experience in the big bands established and run by WAYJO.

On Saturday night at the brilliant Lyric’s Underground in Maylands, it was the most junior of WAYJO’s big bands, the MinterEllison Monday Night Orchestra, that took to the stage. Led by their impeccably dressed MD, trumpeter Ricki Malet, I was impressed by their clever program of approachable big band music. It was a full house with an engaged audience listening intently and giving their praise with cheers and applause throughout the evening, creating a warm and exciting atmosphere.

The star of the night, of course, was saxophonist and recent Freedman Jazz Award nominee, Gemma Farrell, who is connected to the WAYJO organisation through her work with their program Young Women in Jazz. Excellence inspires and Farrell did just that, sharpening the focus of the young players across the orchestra when she joined them for her first number, a powerful tribute to saxophonist Johnny Hodges on Billy Strayhorn’s ballad “Isfahan”.

As the songs rolled by Farrell jumped seamlessly between each of the four main saxophones (soprano, alto, tenor, and baritone), showing her command by maintaining her distinctive round and assertive but soft tone across all the instruments. I particularly enjoyed her tenor playing, spinning melodic lines on Ellington’s “Cottontail” while the brass and wind section responded with a tight shout-chorus.

On a perhaps more well-known jazz standard “All the Things You Are” by Jerome Kern, Farrell passionately introduced the audience to her EWI (Electronic Wind Instrument), the subject of her current PhD research at WAAPA (Edith Cowan University) and testament to her versatility. Essentially it is a synthesiser for saxophone-players and perhaps known to fans of late sax virtuoso, Michael Brecker.

It would be unfair to compare an ensemble consisting of a crop of talented high-schoolers and conservatorium students with professional ensembles, such as the newly established WA Jazz Project. Nonetheless, the Monday Night Orchestra competently delivered an engaging program of mainly swing music (and a few of Farrell’s own compositions in the second set), that a paying music loving audience would enjoy any day. Standouts besides the featured guest were Lucinda Marley on her vocal interpretations of “Honeysuckle Rose” and “In the Wee Small Hours of the Morning” (in Farrell’s arrangement), as well as first alto Abbie Langford on her solo in another Duke Ellington composition, the bluesy “Rocks in my Bed”.

If you ever wonder whether jazz is in decline, WAYJO will provide a resounding “NO”, and for that reason we should be grateful and show them our support. 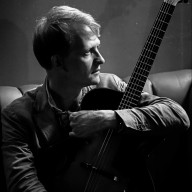