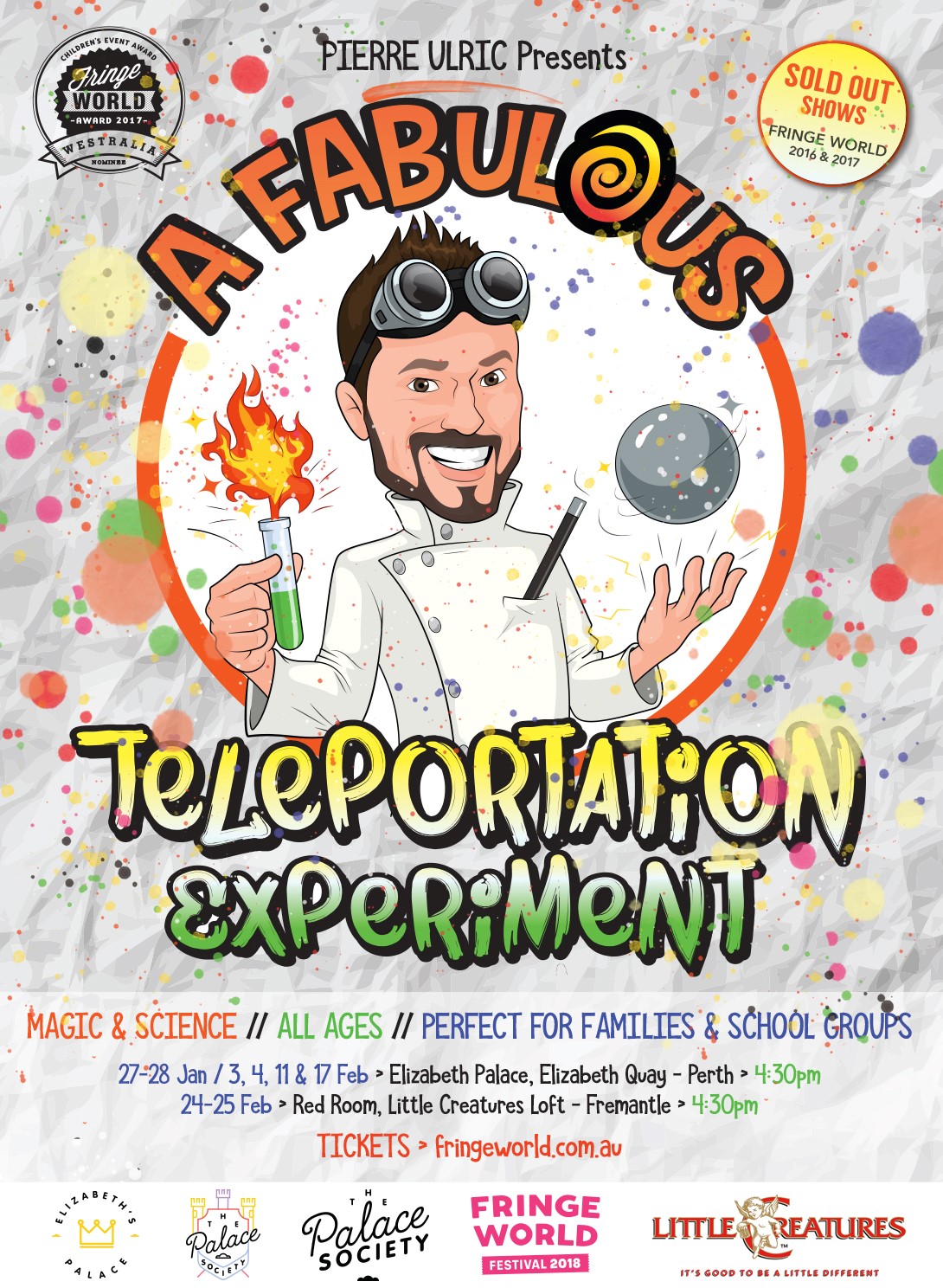 BRAND NEW PRODUCTION – ABSOLUTELY NOT TO BE MISSED
WORLD CLASS IMAGINATIVE MAGIC FOR ALL AGES!

A mad scientist is trapped between dimensions. Will he find a way to teleport back?

All will be revealed in this crazy and dynamic show that is part magic & illusion, part science, all fun and learning!

International mystery performer Pierre Ulric is coming back to FRINGE WORLD 2018 with an exciting production that will appeal to school groups, families and inquisitive minds of all ages.

Performances will be held initially at the Elizabeth Palace venue, at Perth’s iconic Elizabeth Quay throughout most of the festival and subsequently at the Red Room (Little Creatures Loft) in Fremantle for the last two days of the festival.

This show is produced by Pierre Ulric (‘Global Mysteries’), who also brought ‘Funtastico!’ to Adelaide and Perth in 2017, selling out many sessions and nominated for the ‘Best Children Entertainment’ at Fringe World.

PIERRE IS BASED IN PERTH AND AVAILABLE FOR INTERVIEWS AND APPEARANCES

A Perth-based Magician, Pierre Ulric migrated to Australia from his native Canadian province of Québec nineteen years ago. He has been involved in the craft for over 25 years and is recognised as an accomplished performer on the scene, having received several peer awards and nominations for his private work and festival sho

He works from an understanding that magic is a powerful communication and expression medium and his love for mystery performance work has been embraced by delighted, unsuspecting audiences all around the world.

‘The effects you witness are purely in your imagination, but I trust they bring forth emotions that are very real…’ Pierre Ulric