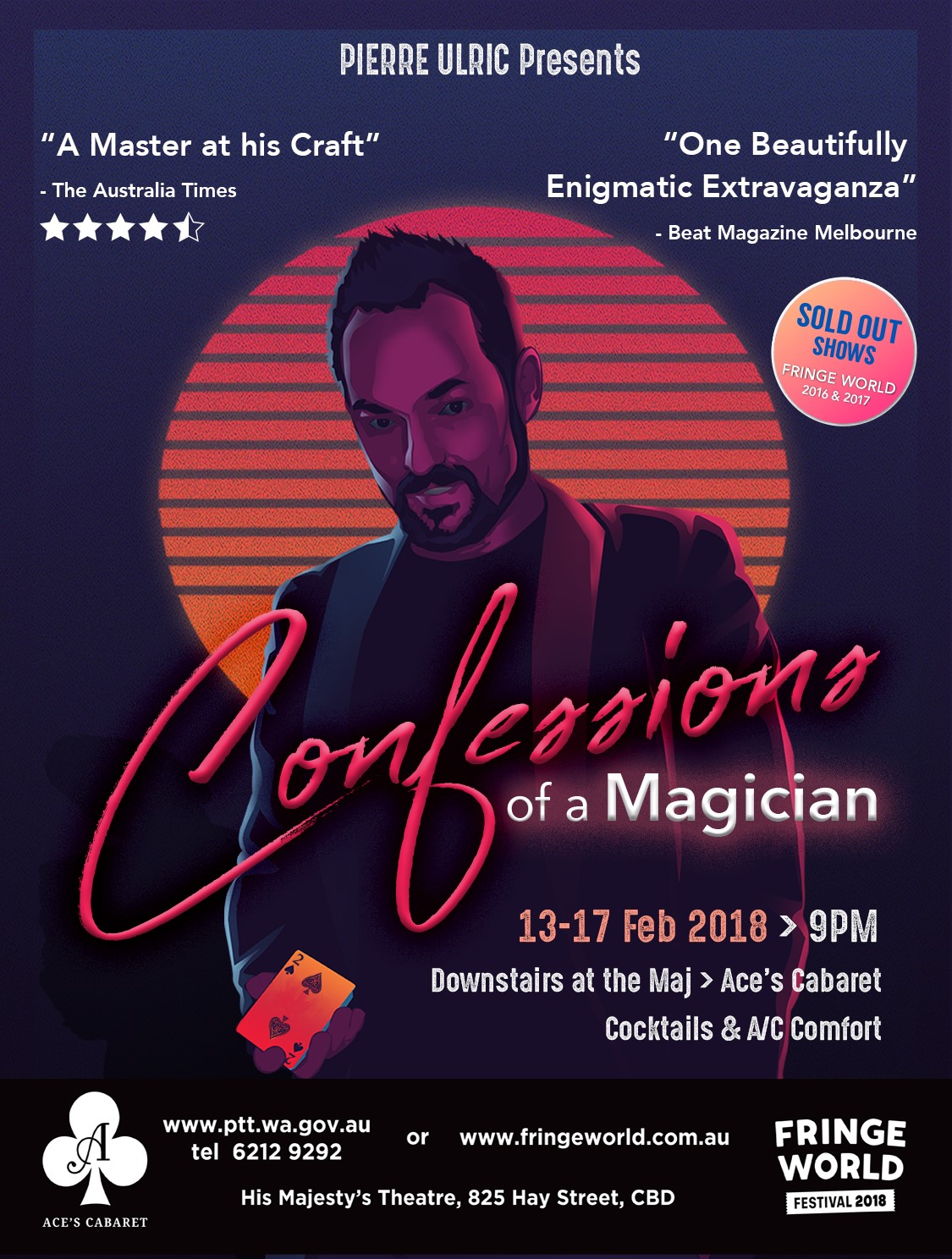 For a spellbinding way to wind down your day, head to ‘Downstairs at The Maj’ (at Perth’s iconic His Majesty’s Theatre) after dinner and join this award winning magician for some amazing entertainment in this brand new production.

Magicians have always been hiding secrets… It’s time for this one to confess. Why is he doing it, and what is there to tell?

International mystery performer Pierre Ulric is coming back to FRINGE WORLD 2018, sharing his deepest and most absurd revelations, in a candid and thought-provoking account.

He opens up about what it means to be a professional magician in this modern day era, what he loves about it, what he hates about it and even how some of it works. Can you keep a secret?

Get ready to have your mind blown…metaphorically speaking of course!
Gobsmacking magic, audience participation, psychological ploys, music, laughter and amazement are all part of the show. Some novel and original effects never before witnessed live will be showcased, while spectators learn more about the strange, and at time hilarious, world of magic and illusion.

BIOGRAPHY:
A Perth-based Magician, Pierre Ulric migrated to Australia from his native Canadian province of Québec nineteen years ago. He has been involved in the craft for over 25 years and is recognised as an accomplished performer on the scene, having received several peer awards and nominations for his private work and festival shows.

He works from an understanding that magic is a powerful communication and expression medium and his love for mystery performance work has been embraced by delighted, unsuspecting audiences all around the world.

‘The effects you witness are purely in your imagination, but I trust they bring forth emotions that are very real…’ Pierre Ulric