Paully aka Paul Rowe, is the front man of Genrefonix, a Perth-based arts/music collective that will be taking audiences on an eerie journey into local history at Fremantle Prison this Fringe.

Paully, who plays the famed bushranger Moondyne Joe in The Ghosts of Fremantle, talks to Seesaw about life as an actor/musician.

Seesaw: When did you first know that you wanted to be an artist?
Paully: My watershed moment was when I sang ‘Wild Thing’ with my mate Gonzo for our year six primary school concert. We brought the house down. It was a fait accompli from there that the stage would be my second home.

S: Did you do formal training, learn on-the-job, or a bit of both?
P: I did three years of classical vocal and performance training with Dallas Watts, of Opera Australia, and studied a year of Drama at Monash University, in Melbourne. One of the things that resonated with me in my training, is that it’s said you require over 500 performances before you become a natural onstage. I’m definitely getting close…

I find formal training fantastic in terms of vocal projection, mic technique, spatial awareness and movement onstage. However you need to get out there to experience how different a show is with audience interaction. Sometimes a crowd can be in the palm of your hand from the opening scene and other times you need to extract that extra 20% from your performance to get the audience on side.

S: Describe your artistic practice…
P: The main thing for me, being an actor and lead vocalist, is keeping my body healthy and my vocal chords hydrated. That’s why I keep to a strict diet of purely organic pizza, beer and cider. It’s an intense regime, that has kept me humming along for 20+ years in the business.

But seriously, I try and keep my finger on the pulse in terms of seeing as many theatre shows as possible, to remain inspired and in awe of the amazing creatives at work both here in Perth, with our very own Black Swan State Theatre Company and also overseas, on the West End and Broadway.

Personally, I practise my vocal workouts daily and do my best creative thinking when I’m on the move, so I take constant written and oral notes while on long walks around the shores and streets of Fremantle and Perth.

S: Career highlight?
P: Playing my first gig as the character Moondyne Joe at the Fremantle Prison for Fremantle Heritage Week last year was insane! You can still feel the tension and pain in the prison air and going back to the place where Moondyne spent so many years incarcerated and plotting his audacious escapes, it almost like cheating, it was so easy transforming into the Moondyne character. The crowds were awesome and the atmosphere electric.

S: Career lowlight?
P: Trying to earn a quid in London as a struggling artist, I did a promotional gig for a health food company, starring as an all-singing, all-dancing, GIANT APRICOT! I tried to give 111% in my given role but couldn’t help thinking the whole time, ‘is there possibly another calling for me in life?’… ha ha

S: Tell us about your 2018 Fringe show!
P: Our ‘Ghosts of Fremantle’ show melds stories of Fremantle’s dark history, with irreverent black humour and haunting soundscapes. Set in the suffocating surrounds of Fremantle Prison, where 43 men and one woman, were executed, host ‘Moondyne Joe’ keeps the audience constantly on edge, bouncing off his highly trained band of musical miscreants, guaranteeing a truly unique theatre experience.

S: What made you decide to give Fringe World a whirl?
P: Every year Fringe gets bigger and bolder and Greater Perth comes alive. We see it as a rite of passage for any arts collective worth its salt to jump on the Fringe stage in this fabulous festival of creativity.

S: Aside from your show, what are you looking forward to seeing/doing at Fringe?
P: I’m really keen to see Night Sweats, the first official production from newly established Perth Theatre Company, Static Drive. They are an amazingly talented troupe and I can’t wait to see what they deliver! I’m also excited to see IOTA and Russell Howard in Slap and Tickle, supported by the WAYJO Orchestra and directed by Mel Cantwell. Two brilliant performers going head-to-head, can’t wait!

S: What is your favourite playground equipment?
P: I’m happiest on a tyre swing and prefer Goodyear tyres, as they provide that extra layer of cushion. 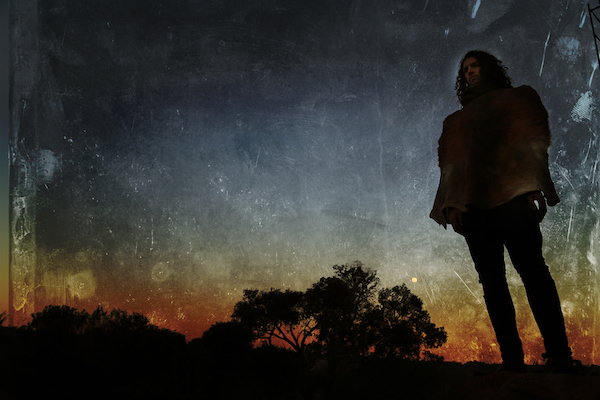